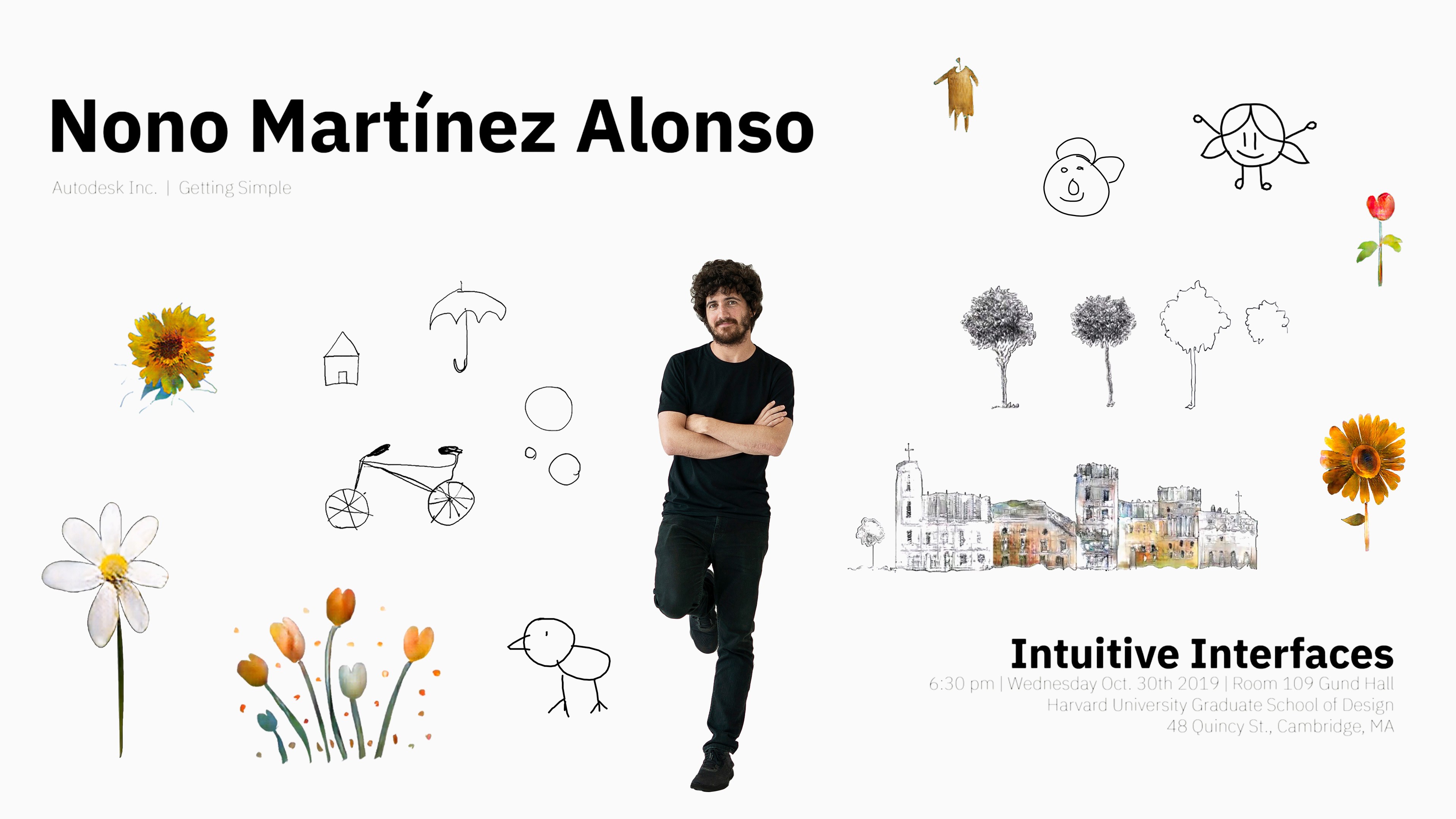 I had a blast giving a guest lecture at the Harvard Graduate School of Design back in October, invited by Jose Luis Garcia del Castillo. (Watch on YouTube.)

In this guest lecture, Nono Martínez Alonso discusses his work on developing intuitive interfaces for creative communities, and how the collaboration between human and artificial intelligences can enhance the design process like, for example, with suggestive drawing. Recorded on 2019.10.30.

Intuitive is an overused term but it simply means that with the average prior knowledge you have you can, more or less, guess the effects of certain actions. In that case, you don't need a lot of trial and error to figure out the logic of the system. […] I don't think it's a deliberate process, but the trivial thing to say is that "People with similar experience have similar ways of responding to the world and similar ways of interacting with the world." —Panagiotis Michalatos