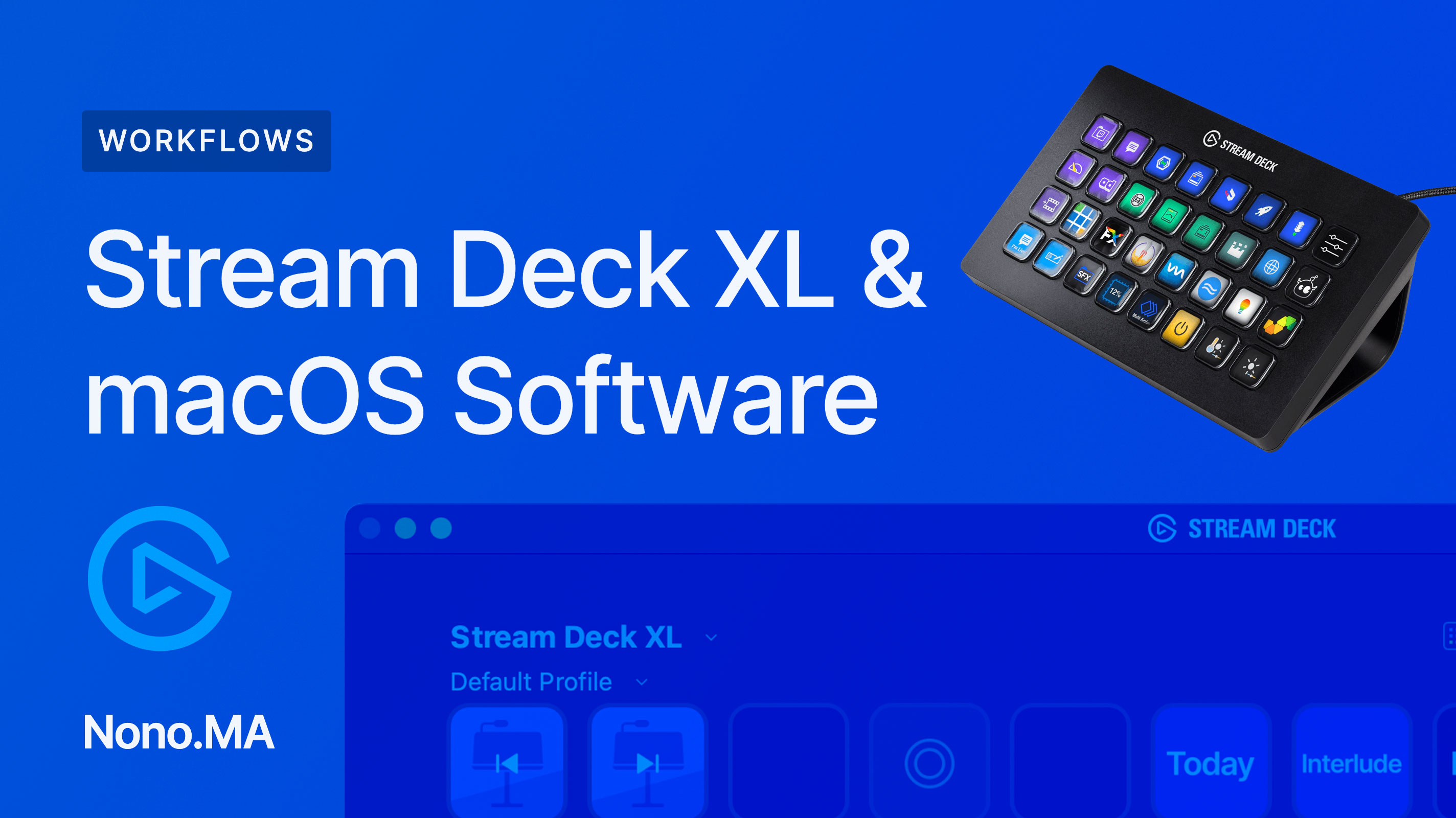 How to download Elgato Stream Deck's software, assign actions to keys & the Store.

This device from Elgato is like a costumed keyboard so this is not like an ad or anything. I haven't been paid to talk about this product. This is something I'm buying investing on my, with my money and I'm going to try it out.

So this is a keyboard then you can customize. So each of those items can be an action or you can also be a folder with actions.

So you can have multiple kind of workspaces, let's say for each different workflow that you have, for example, imagine that you could have one for live streaming, one for podcasting, one for working with Photoshop and another one for audio editing and or maybe one for Zoom calls. You know, the idea is that I will be able to control things like OBS scenes or the audio inputs or like sound effects from Farago or things for the podcast, or mute the microphones or things like this, right from these stream deck.

These, as I said, is a device that is made by and what this company does different peripherals. So I have here on the studio, two lights from them and some arms for the camera. And what else? I have a, like an HDMI 4k device that, it's plugged right now to my camera set up, and it's what allows me to pipe the video from the Sony alpha 6,500. It's a, basically an investment to see if this improves my live streaming workflow in any way.

And one thing that these guys have is if you go here, they have different products. And one of the things that they have is the SDK, right? So you can use it as a mobile app or as one of these different stream decks. So they have the XL that is one I'm buying the deck. And then the new version of that one that has like a fixed Mount here.

And then the mini that only has three bottoms, right? This is three, 15 and 32 in, you can buy a subscription for their app and then you get something similar with your phone. I don't know if it's only iPhone or if it's a hundred as well, and then you have the software on the SDK.

So I not know what the SDK has, but I'm going to click on the software right now because we can download it and then we can see what we can do.

So the Stream Deck mobile is also available for iOS and Android. So this is a free app, but then you have to get on in-app purchase. And then here we have these Stream Deck version for Mac compatible with all of the different Stream Decks. So I'm going to download it and I'm going to install it. So I don't have the devices I said yet, but we're going to take a look at the software.

One thing for example, that I could do with this devices that I could click on the one of the bottoms or something, and I could, I want to program something to make a a marker on the podcast. So later I know exactly where the chapter start or right.

So this is just installing stream deck on my machine.

It seems like that worked. So we have this application.

So what do we have here? So this is a stream deck and, I watched a video yesterday that talks about many predecessors in all their options that people have. There has been also a history of people getting custom keyboards, making them, or maybe buying them and then having to print and cut out and paste different labels to the to each of the keys and then mapping those keys to do some shortcuts that they want to do.

And these basically allows you to have a, the device actually has a, like a screen, and you can map an icon to each bottom.

So drag an action from the right and drop it on an empty key above. All right. So for example, here, I see we have game capture, which I'm not really doing. We have OBS it talks about OBS scenes, mixer, audio recorded stream, and source soundboard play audio, stock, audio. Stream deck. These probably are functions that come with the tool, create folder. Stream labs, desktop. This is, I think it's a fork of OBS. So it's like a different version that is, I think it's paid version of. Systems or website health key or key open text multimedia Twitter.

Control center. Oh, so these for example is probably going to be good for me to have different setups for the lights. Basically the, these lights that I have here, because they're only got, they get controlled from Control Center, which is right above here. So this is control center. So probably is going to allow us to tweak a bit the brightness and the color temperature and things like this and which lights are on or off.

We have two studio, which I don't use because we're not streaming on Twitch. And I think that's it. So this is the default. And then you have the this icon, we have the preferences and the stream deck store.

Let's take a look at the Preferences first check for updates brightness.

So this is to customize the device. We haven't, we don't have any devices, accounts, I guess I, this is to synchronize. I have different profiles. So maybe this is useful for podcasting profile or like live streaming podcast profile

And then we can go to the stream deck store.

And in here, I guess there is going to be like a ton of things to be used. So there's like icons, plugins, music, sound effects.

Let's take a quick look here had these plugins, right?

So Twitch Studio comes installed by default, which, I, for example, I don't need down Twitch always be on time. Toggle the mute for audio sources, such as microphones or speakers. Streamlabs what is this? Blogging is most popular, controlled YouTube Phillips. You control your Phillips hue lights that size, these core control discord, zoom plugging. Ah, these warnings. Nice. Spotify integration. Stocks. All right. So I guess, I guess there is a ton here and I'll have to take a look how nice Toggl.

As you can see there are ton of applications.

Okay. I hope that was useful. Feel free to like the video if you enjoyed this content and to subscribe, if you want to get notified, when I upload future videos.

Thanks for watching. Bye.