Discover how you can use iPhone as an external camera in any Mac app with Continuity Camera. Whether you're building video conferencing software or an experience that makes creative use of cameras, we'll show you how you can enhance your app with automatic camera switching. We'll also explore how to recognize user-preferred and system-preferred cameras, take you through APIs for high-resolution and high-quality photo capture from iPhone's video stream, and more. For more on Continuity Camera, watch "Discover advancements in iOS camera capture" from WWDC22.

Sign in with Apple provides a fast, private way to sign into apps and websites, giving people a consistent experience they can trust and the convenience of not having to remember multiple accounts and passwords.

Bring Your iPad App to Mac

Now it’s incredibly simple to start building a native Mac app from your current iPad app. Your apps share the same project and source code, so you can efficiently convert your iPad app’s desktop-class features, and add more just for Mac.

Apple seems to (finally) have started blurring the edges between what it means to be an iPadOS and a macOS app.

If your iPad app would make an excellent Mac app, now is the perfect time to streamline your code base and bring your app to life on Mac. The beta version of Xcode 11 is all you need. Begin by selecting the “Mac” checkbox in the project settings of your existing iPad app to create a native Mac app that you can enhance further. Your Mac and iPad apps share the same project and source code, making it easy to change your code in one place.

Apple to Disable Text While Driving

Evgeny Morozov on The Guardian:

In April [2014], Apple patented technology that deploys sensors inside the smartphone to analyze if the car is moving and if the person using the phone is driving; if both conditions are met, it simply blocks the phone's texting feature.

Lisa Rapaport wrote on Reuters how filming teens when they are driving and using apps to block cell phone signals have been proved to reduce "high-risk driving events by 80 percent, compared to teens who didn't have cameras or cell phone signal blockers," while senior research scientist David Kidd says there isn't a lot of research yet that proves the effectiveness of cell phone blocking.

Technology has a role to play, but there is no single solution to the problem of distracted driving. — Ellie Pearson from Brake.

It is unclear up to what degree this measures contribute to less car crashes, but the fact that using the cell phone while driving is increasingly contributing to more accidents seems obvious.

Another interesting fact is that, even though a patent from Apple filed in 2008—later published in 2014—could prevent drivers from texting while driving, and only let them use their phones via voice control [Siri], the iPhone's operative system has restrictions for developers, who, unlike Android developers, haven't been able yet to implement any restrictions for drivers.

Everything Changes with iPad 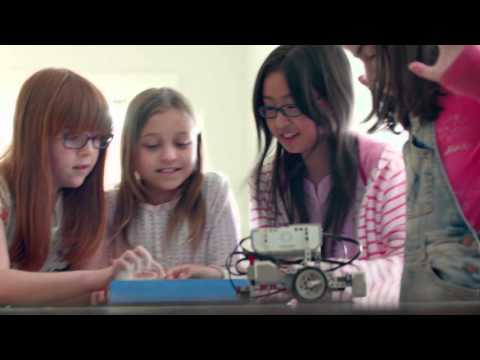 Once again, Apple releases a beautiful video, this time featuring all the possible uses of the iPad. In their own words:

iPad can change the way you do things every day. Take on a new project, pick up a new skill, or start a new hobby. We put together some of our favorite apps and ideas to help you get started.

Listen to Getting Simple .